Hunting Unicorns with Network and Node Thinking. The Future of Work. 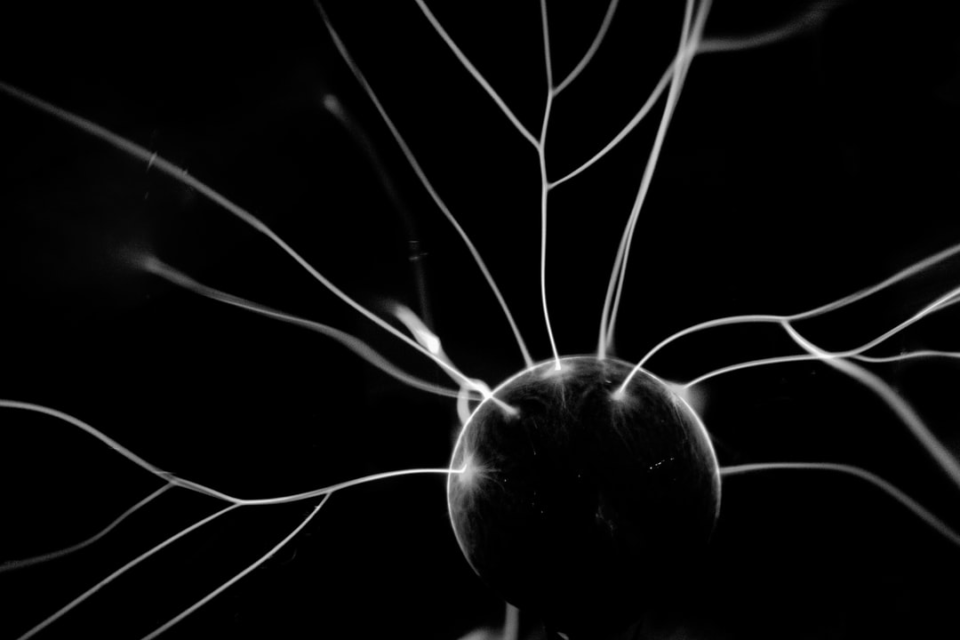 It was Benjamin Franklin that uttered the immortal idiom ‘in this world nothing is certain except death and taxes. It appears however, that he was wrong.

If last 12 months have taught us anything about life it’s that change is ever-present, and ready to accelerate at the slightest hint of slowdown in human endeavour.

It’s a challenge I’ve written about previously, as a fully signed up disciple of the Kurzweil Law of Accelerating Returns theory, first shared more than 20 years ago by the inventor and futurist.

And all it took was a pandemic to prove to the world how exponential that pace of change can be.

For many in tech that change meant growth, often on an unprecedented scale, but for millions more on the wrong side of the shift, it crushed businesses large and small as swathes of the ‘old economy’ were crushed in the behavioural shift that followed.

Being immersed in ‘digital’ business all I saw when looking around were smiling faces. A giddiness that made me nervous. It was simply history repeating, as it was when previous pandemics and major societal and economic upheavals sent shockwaves through the economies before them.

And it WILL happen again – except to those businesses currently celebrating, riding the digital economy wave, occasionally bemoaning the fact that they ‘can’t hire fast enough’.

Whilst it is great to be enjoying growth the fact remains that change will, at some point, hit hard and so to build a truly valuable business you must have one eye on WHY this acceleration has happened. Do that and you won’t be caught out by the next wave.

Sun Tzu’s view that you should ‘know your enemy’ rings true here and whilst it is too late for many of those businesses damaged or destroyed by Covid lockdowns and the acceleration of digital, it can be useful to start framing what comes next.

By now then we will be well aware that we have witnessed truly structural change over the last 18 months. Change that will mean our high streets, offices and buying habits will never be the same again. But we also knew it was coming.

Talk to anyone in digital and technology was always going to usurp traditional business practices. It just happened faster than we initially expected based on old assumptions of linear uptake (H/T again to Ray Kurzweil and his law here!).

The question then is what is the next shift? It’s something I’ve been given lots of thought over the last six months as I absorb what we see in emerging tech daily at Haatch.

And the answer is best summed up as ‘a movement toward network and node operations.’ The thinking forms the basis of our investment decision making.

But what is it? In the simplest terms it is a way to describe the changing structural and behavioural movement within society, and business in general, which is pushing employees away from the traditional company structure to one where they can contribute and organise around beliefs and interests as opposed to geographies or which companies operate nearby.

You will, in effect, contribute to the network as a ‘node’ – and you will increasingly do so as an individual, not an employee in the traditional sense.

It is an exciting change. One accelerated by Covid and the acceptance of home working that came from it as well as the development of cloud tools to facilitate it.

Can the team win?

In wishing to back the best it’s important we think carefully about where the world will be in 5-10 years and search for founders that share that vision or own a particular skill or experience that means they can see something about that picture that no one else knows.

Because, at the stage we invest (typically first VC in and often pre-revenue) a start-up is not really a company at all. It is, instead, simply a small collection of people with enough will power, experience and unique insight into the world as they see it.

And from the off you should judge their abilities not just through that initial lens, but through one broken into four key stages, each of which will ask different things of that group and require a mix of skills and experience.

Only then is a start-up a ‘company’. And one that can (probably) raise a Series A round.

In framing early stage in this way, it because infinitely easier to understand what ‘good’ looks like.

It means that the focus remains very much on the founder insight for our SEIS investments, and indeed many of our slightly later stage EIS bets too. And to do that well requires our own future-leaning framework to help us understand who wins.

The subject area is infinite of course, and is subjective by nature as we are trying to bet on things that have yet to happen – but there are certain markets set to win (we’ve written about a few here and here) and to find them we often view the opportunity through the Nodes and Networks lens.

To understand the importance of the ‘network and nodes’ picture it’s worth taking a second to look back at recent history and how the current crop of successful businesses have won.

Ever since the computer was first invented companies have focused on how ‘machines can create greater efficiencies in already established systems. We see examples of this everywhere; from manufacturing and agriculture to the birth of much of the services sector. Computing (and it’s ever evolving state) has changed our world for good.

Some markets are further behind this curve than others in being classed as ‘digitally mature’. And we will still seriously consider those looking to support further digital transformation. But where we find a market already well on that road, we prefer to see a ‘network and nodes’ approach to their vision.

It is important to say at this juncture that companies that continue to serve that era will not, necessarily be bad businesses, they will simply be limited by it.

Those however that can see and look to grasp this decentralisation and look to build around it and the critical bottom-up movement that it allows, win. And win big.

There are already winners.

Early examples already exist. Look at Uber and how their platform facilitated a ‘bottom up’ movement allowing the man on the street to become his own taxi company. And there are numerous examples within our existing portfolio too. See Marvel in design, Buymie in grocery shopping, Deazy in development and design resourcing…. the list goes on.

All these companies have a shared vision of a future where the individual is given the keys and gather around problems best suited to their core beliefs and skill set.

Company structure will be redefined

And it is in this world where the set-up of companies as we have known them since the dawn of the industrial revolution will change. People will (probably) work for more than one ‘movement/problem’ and will be paid based on their contribution to that network. Often working between two or more to earn their living. We will all be guns for hire.

Here’s to the go getters

We’ve talked then about the ‘companies’ that win and those that create a solution to help us get there and work more effectively but what about the employees?

In short nothing much changes in that those that go out and get it. Own their skill and understand demand and supply economics will win big. Become an expert in a niche where few are qualified and you’ll become the hottest property on the planet, irrespective of where you are.

Your destiny will be in your hands.

But it does mean, of course, that there will be losers. Those protected by comfortable company structure, those there for the ride will have much less protection and a harder time of it. There will be fewer places to hide in a network and node economy.

Are we buying a node facilitator or a network?

And whilst we could spend all day looking at further evidence for our thinking I simply want to sign off with this final question to start up founders:

“Are you building a network or a node facilitator – one which will flourish in the new economy?”